Had a poster up in my room since the B-King was released in 2007, always had it in my mind as the ultimate motorcycle. Recently decided it was time to have one.

Played around with a couple bikes, toured Italy on a Bandit 1250 at one time but spent most of my life in Europe before moving to the greatest country in the world in 2015. Most recently had the Kawi ZRX1200R. Good bike but nothing like the B-King. As our UK brothers say, mental.

Hope to learn even more about these, do some mods and have a good time. 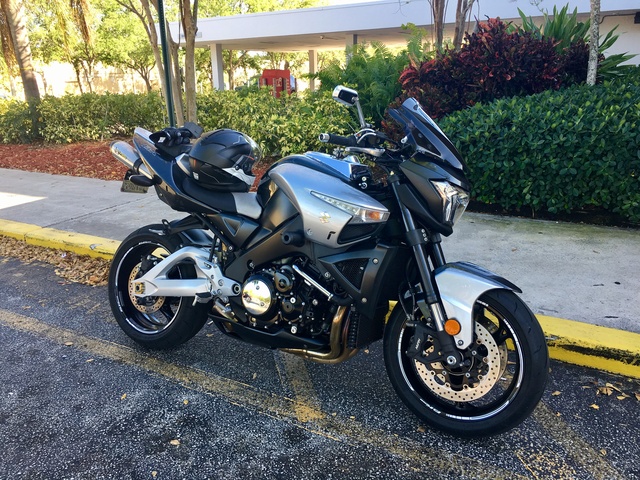 Mate New Zealand is the best country in the world

Mate New Zealand is the best country in the world

Haha hey I've never been to NZ but heard great things. Fiancee wanted to apply for a job there. Might visit in the future!
micky_99In Neutral