Another sucker... er, member... checking in.

more_horiz
So I went against my better judgement and bought a B-King this past weekend.

I have been learning all I can about this thing... hope to soak up as much info as I can. I'll be checking out the FB group as well.
keithbIn Neutral

where you from? you wont be disappointed with the king , what was you riding?
GuestGuest

more_horiz
Ah, I'm from Northeast Pennsylvania in the States. My previous bike was a 2017 SV650, which I still currently own. First bike was a 2015 CB500F; I owned that for exactly one month before realizing I was a bit too big for it. I've had the SV for 10 months now and I've began to outgrow it as well. So the B-King is my third bike. I wanted something big enough that I wouldn't continue upgrading every season. Still trying to figure out what I've gotten myself into! We'll see whether I still have it next season.

more_horiz
The king is in a completely different league mate
GuestGuest

more_horiz
Ohhh yeah... I've also discovered A/B Mode is not active. I didn't even think to check on that when inspecting it. Ah well. I highly suspect that a previous owner flashed it to think it's a Hayabusa... and for the Yosh exhaust it came with. It's surprisingly smooth and tame... haven't needed to rev it beyond 4k!
keithbIn Neutral

more_horiz
Welcome aboard Keith. I can’t imagine outgrowing the BKing. I think you will be GTG for quite awhile. 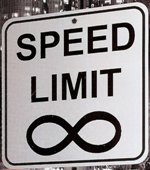 more_horiz
Welcome. Hey, you need to rev it above 4000 at least once every time you ride the beast. This thing has secondary injectors that kick in around 4500 rpms. At 8000 rpms and 80% throttle, the secondaries are contributing nearly 75% of the burned mixture. However, if you don't make use of them often, they will plug up and the bike will run like it's in B mode all the time. I suspect that's what happens when you click from A to B mode, it just shuts off the secondary injectors.

Believe me, you don't need and won't miss B mode. It's so pathetically boring. However, if you are trying to change it while riding, it won't work. Motor has to be idling and bike has to be in neutral to make the change. I have the original owners manual, and that's what it says about it.

I have a B-King and a much modified M109R. I ride the king quite a bit more than the Nine these days. Much lighter and more zippy bike than the Nine. I love my Nine, don't get me wrong. But the King is a more exhilarating bike to ride.
cbxer55Fifth Gear And Gone

I've had mine for just over a year now and loved every minute, rain or shine. The B-King can be a really gentle Jekyll and a wild Hyde. I bike for all occasions, bar full on scratching or offroad LOL