The ones that got away

To me the B-King falls into the same boat. A lot of people don't like it, but it works for me. I finally got one last week and I'm glad I did. I'm also glad that I didn't wait any longer than I did, because I'm already running into the problem of aftermarket parts that have been discontinued.

I think this is bike #25 for me, but it's a keeper. It's a helluva lot nicer ride than my VMax that I sold last year. The VMax was a fun bike, but the BK is better in every way. It's also amazing to me that this can be faster than my old KZ drag bike, yet still handle like a sport bike (for the most part) and be completely civilized (at 1/4 throttle and below 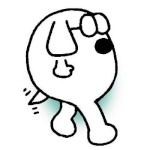 more_horiz
Welcome. Although I am also new to a B King, I feel the exact same way on the scarcity. A few friends don't like the look of it but thats ok, it suits me just fine.

Thank God its still made overseas, so it does still have an aftermarket following. Happy riding!
willeyedocUp Into Fourth Gear

more_horiz
G'day & welcome from down here

more_horiz
It's rarer than many Ducatis. At non Suzuki dealers I have staff gathering and asking questions. It is the only bike I have owned that get friends who know nothing about bikes asking questions and saying how fast or good it looks.

I reckon Suzuki made a mistake ceasing production.
bpcsFifth Gear And Gone

more_horiz
I think you will find that it was a victim of the global downturn and just didn't sell like they were hoping in the US. Yes, it is a pity, but at least we own one!!

more_horiz
The same thing would happen to Apple if they showed you an iphone 5 today, and then tried to sell it to you 7 years from now

more_horiz
I walked away from a Suzuki XN85 Turbo that my
local dealer tried to sell me about 25 years back.

I look back now and think.... THANK F@#K, it was awful.
Not as bad as the XS750 triple I turned down though.
Tony NitrousFifth Gear And Gone

@willeyedoc wrote:
Thank God its still made overseas, so it does still have an aftermarket following.

Not seen one thats been made since.

more_horiz
Suzuki were still selling some here inn the UK last year but new ones seem to have all dried up!
mikeulike1100Up Into Fourth Gear 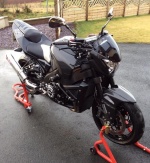 more_horiz
I am still certain that this bike will become a classic sort of the way that the old Katana's are now. I only know of one other bike in the state I live in, I have seen one other from Florida riding through with bags on it, but I don't think I have ever seen him on the forum. I take the bike out and it is the most unique thing going. People tend to underestimate the bike because they don't know much about it, but when you ride with a group they quickly learn how fast and agile this muscle bike is.
fallenangelsFifth Gear And Gone