more_horiz
Greetings,
My name is Colin, although my closer friends (and most of the internet) know me as Weazel. I just traded a beautiful Honda Valkyrie for an '08 B-King and I've enjoyed what little time I've had with the bike.
I've worked in the motorcycle industry for nearly 20 years and this isn't my first 'Land Missile'. Two years ago I had a '00 Hayabusa for about a month and a ZX14 for about 6 months. My son was in a nasty motorcycle accident two years ago (torn aorta, paralyzed left arm and left side of his diaphragm, etc...) and shortly after that I sold my ZX14, pushing aside my goal of breaking 200 mph for a while. I didn't see myself buying a nitrous kit and taking time off work to go to the Texas Mile anytime in the near future. I, instead, bought a Ural sidecar rig that we could both enjoy.
The bug's biting me again to attempt to break 200 and while I know the B won't hit that mark, I feel it's a trade in the right direction and fun to play with in the mean time. Perhaps later I can find another trade; B-King for Hayabusa or ZX14. Until then I'll try to keep this stupid, accelleration-induced grin from permanently creasing my face...

My interest in motorcycles is quite diverse. Currently in the stable I have

When I picked up my B-King it had been lowered (and the belly pan destroyed) and had some nice hard-bags from a Triumph mounted with some really slick custom brackets. I immediately removed the bags and brackets and raised the bike back up to normal height. I'm not sure if I'll keep the bags or sell them off. I have a BMW and a KLR if I need bags.
Anyway, it's nice to be here. I've already learned a lot in the ECE Editing forum.
All the best,
Weazel 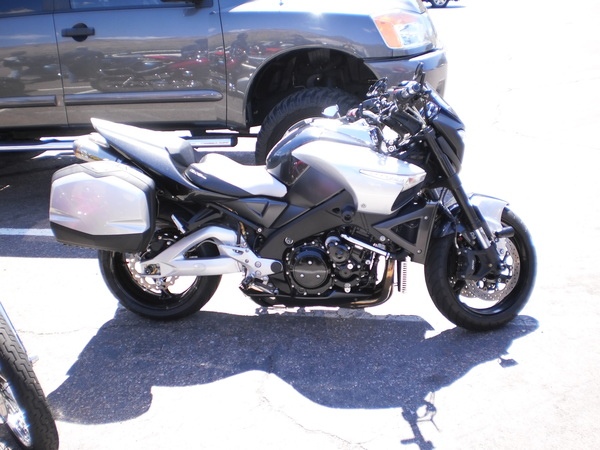 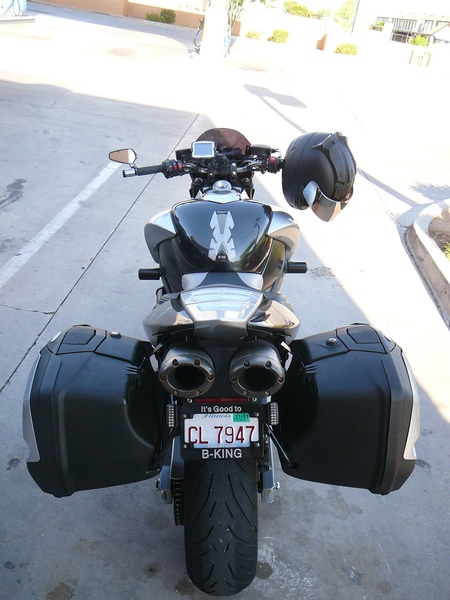 You have some cool machines there in you lot - GZ. Hopefully, the King will stay for much longer there to compliment your collection


Also sad to her about your son.

more_horiz
Good to see you here. Hope all is well. Sure miss all my friends/instructors from MMI. Good memories from Phoenix area.
GuestGuest

more_horiz
Welcome to the board, I'm new here too. I spent some time in Az a couple of years back when I worked for AOHell in Tucson, and I do hope to get back out there one day as it's a beautiful part of the world.

Should you decide to sell the brackets/bags, please let me know I'd be interested in the brackets for sure as it'd save me from fabricating my own.

It's also interesting to see just how low the previous owner went.... seriously too far IMHO!
SavageShifting To Second

Do you know which mirrors those are? I like them!
cantwait2bkingUp Into Fourth Gear

more_horiz
I took a personal day on Monday, after a week of National Guard and rode over the mountain into Jerome. The roads on the way into the little town are fantastic and they weren't too busy since it was a weekday morning. I'm rather impressed with the handling of the B-King, even on the super tight 15 mph corners. All of those Track Days on the SV650 really paid off

All the best,
Weazel 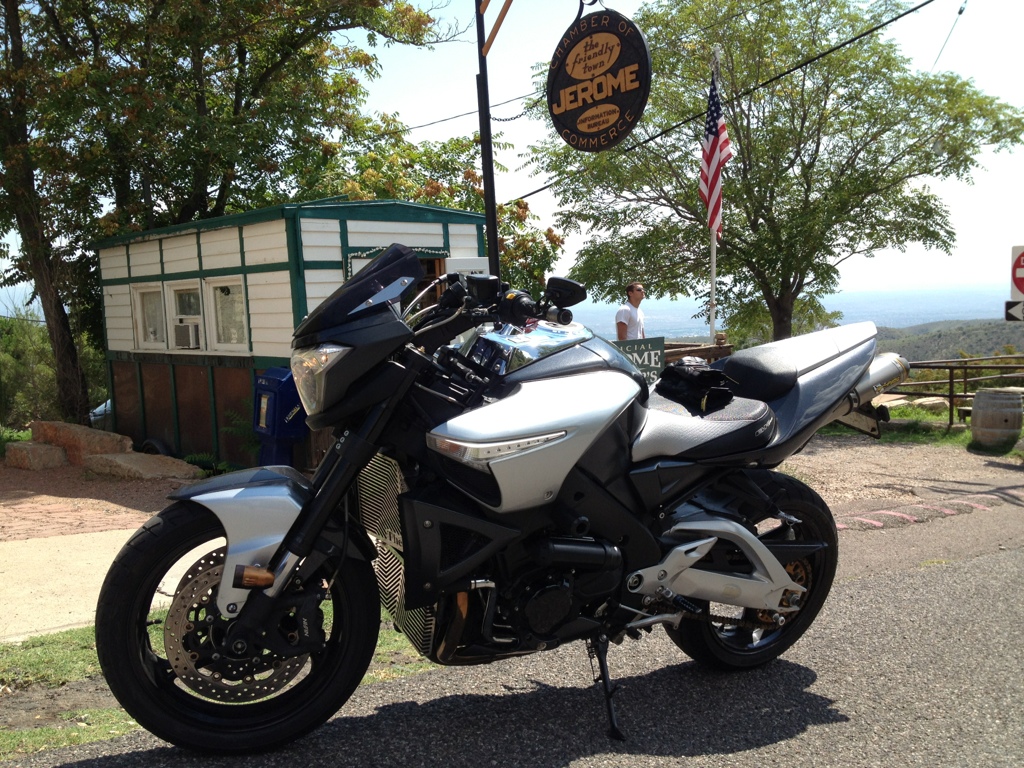 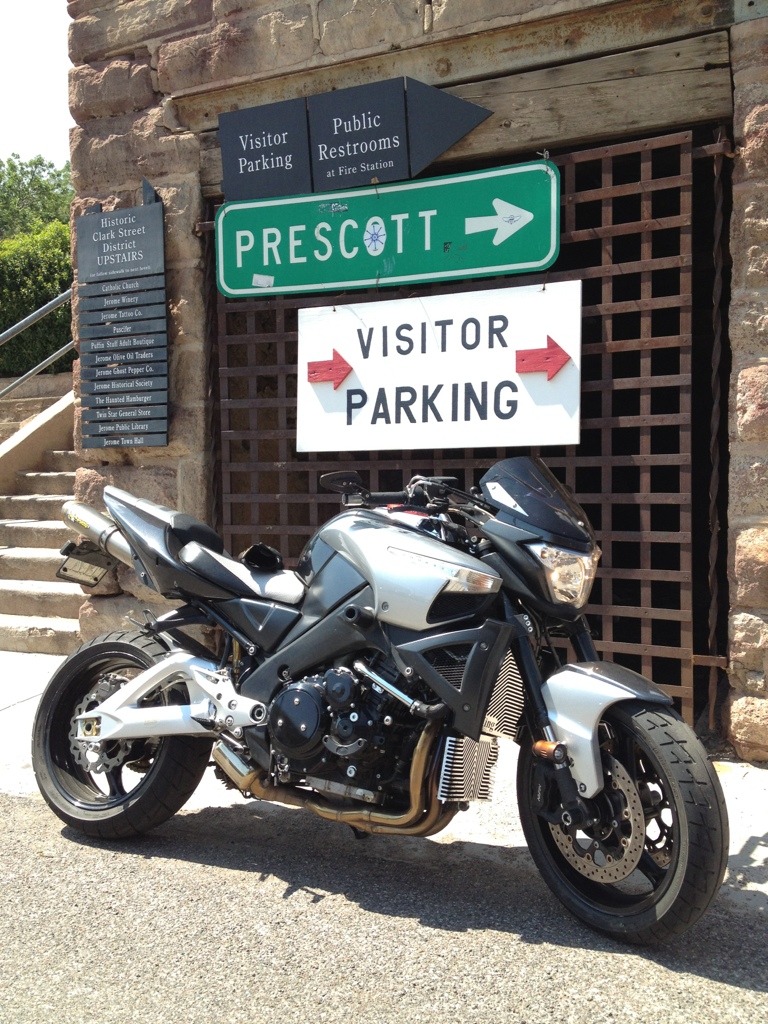 
Well you should love the BK then.

to the nut house.

Anyone with a stable of bikes like that will realise the fun to be had on a King!

Glad to see you have the faster Silver one!!

more_horiz
That's a great ride. I took it with your B-King's previous owner. One of my favorite areas to ride when I was attending MMI.
GuestGuest