Glad I found these forums, seems to be a lot of interesting information here..

My story - have wanted a B-king since the concept was first shown at the Tokyo show in 2001, So far I have owned 3 bandits since I was 21 (now 34) and have loved them but the time came last week where my old 2005 bandit was just getting a bit tired and it so happened that a gorgeous black B-king arrived in my local bike shop sporting bar end mirrors and two brother pipes. After a short discussion with my in house CFO the decision was made to trade up.. I dropped the bandit off said my good buys and rode away on my 2008 B-king, happy as a pig in shit!

Now the bad part.. I should have realised the brakes were a lot better than the bandit. unfortunately on the way to work (4 days later) I hit the back of a car that for an unknown reason to me decided to do a full on emergency stop for an amber light! so.. 17 years and never had an accident and then this (on my dream bike) sometimes life is not a box of chocolates.

I am all right, I have fallen of my share of dirt bikes to be used to it but the King suffered a bit more with a dinged fork, damaged front wheel, clocks, front and rear fairings and engine cases.. it also feels like my insurance company wants to drag the process out so I probably wont get the bike back for at least 4 years!!!

Anyway, nearly summer here so plenty of neat rides coming up, My wife has a SV650 and I also have an old 1971 Triumph Tiger, no shortage of bikes while the King is in medical care..

Great to be here, looking forward to catching up with some of you, and if there are any Kiwi's on here in Auckland, drop me a PM and we can shoot up the Coromandel for a run!

least your ok , i also went from a bandit to the king

more_horiz
G'day and welcome Scott. Bad luck about the accident, but main thing is you are ok.

I was on the South Island a few weeks ago and was in awe at some of the roads. Might have to get back over there and ride around NZ...but in the summer!!
on Tue Oct 16, 2012 10:35 pm
BeakerFifth Gear And Gone

. Good that you're alrght. Hopefully everything will be cool and you'll get the King sooner than you expect.
on Tue Oct 16, 2012 11:10 pm
JoshidiahFifth Gear And Gone 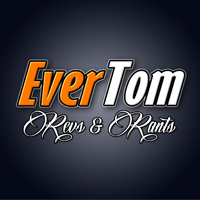 more_horiz
cheers guys, yeh the roads down south are great, we did a big trip a few years ago on the bandit and the SV and had a whale of a time, North Island roads are... ok but not nearly as good.. camber can be wrong and lots of potholes to play with!

if you come across again, drop me a PM - there is always a bed for bikers here

more_horiz
welcome and i had a similar situation insurances ooh arghing about who pays for what so i ended hunting eBay for parts and put it back on the road before i was able to ride again... glad you are ok, get the King sorted and back on the road... and keep yer distance...

think most of us were bandit owners before buying the king...

@slaurenson wrote: “it also feels like my insurance company wants to drag the process out so I probably wont get the bike back for at least 4 years!!! ”

Not sure if you're exaggerating or if that's how insurance is over there, but damn! Over here insurance can cut you a check in a week.

more_horiz
If it's a case of who's to blame delaying the insurance then, if your system is like the UK, I'm afraid there's a normal presumption that the person who goes in to the back of the other party is at fault - they say you should leave enough braking space to stop safely whatever happens in front of you.

Anyway, glad you're not too badly battered Scott. I'm sure when you get the B-King sorted you'll enjoy it as much as the rest of the gang here

more_horiz
sorry for the delay in replying, we were away for the long weekend.. (Mustang convention in Wellington)

So yep was exaggerating a bit

but it's still going to be at least another month before I see my bike, that's 2 weeks gone and the assessment has not been submitted to the insurance company yet (hopefully today) once that's done the bike should be authorized to be repaired.. spares will have to be ordered from Japan which will take a few weeks (from experience) and then the bike shop needs to repair.. all taking time, and thats on the basis they dont write it off! god knows where I am going to find another Black B-king in NZ with low K's

an yep, I am totally to fault - I would be the first to rant and rave about someone following to close so would be hypocritical to try and blame the car driver for any of this, in fact he was really good and understanding so I am trying to ensure his life is made as easy as possible!!

insurer has authorised the repair of my King as of last Thursday (good news) so now it's in the hands of the motorcycle shop to order the parts and repair - I will chase them end of week for an ETA..

more_horiz
And another update:

It's been two months and three days and still no bike! apparently this week I will get it back.. I have been trying hard not to chase the bike shop so they dont feel pressured to get it out the door (and maybe miss something)!

the weather here is getting so much nicer and I am tired of riding my wifes SV650!

i want my bike back.

more_horiz
I had exactly the same BS here in Aus. After 3 months waiting for a VFR800 insurance repair from our biggest Honda dealer I traded the unrepaired bike against a Blackbird. The dealer finished it another 5 months later wtf! I wonder if our USA and UK cousins have to put up with this?
on Tue Dec 11, 2012 8:49 am
bpcsFifth Gear And Gone

They "promised" it to me this week - so I said I would call them today.. I will post an update later this afternoon with the inevitable - "Oh it will be ready next week" BS story.
on Tue Dec 11, 2012 8:14 pm
slaurensonIn Neutral

more_horiz
I take it all back ! the King is home again after a 2 month holiday at Suzuki. I will try and post pics soon.

more_horiz
Great news but still at least a month too long imho. I have been told insurance companies screw the dealers on labour rates and parts markups which makes them lose enthusiasm to work on tbe repair but why then is the turnaround for car repairs much much quicker? Anyway, xmas pressie for you!
on Wed Dec 12, 2012 8:31 am
bpcsFifth Gear And Gone